Interview with Texas blues musician Hamilton Loomis: Christmas album “This Season” brings us hope – at a time when it’s needed most.

I can say growing up in the Blues scene really opened my eyes to the power of music to unite people. I was lucky to be mentored by Blues veterans, and they showed me how music shatters the barriers between race, culture, age, gender, etc., and that’s more important than ever to be a part of in our very divided country and world.

People have said my “sound” is hard to describe…it’s really a mash-up of all my favorite music I listened to growing up: Soul, Blues, Rock, Funk, and Pop. I try to make my sound as homogenous as possible, so it comes out as Funk rhythms with Blues & Rock guitar, Soul-like vocals, and most written with Pop-type melodies. As far as creative drive, I have learned to find inspiration in everyday life, sometimes from everyday things, and turn them into something uplifting or inspirational. A lot of my recent inspiration has come from my 6-year-old son, who was diagnosed with hyperinsulinism, a rare pancreatic disease that causes dangerously low blood sugar. This has also changed my mission to include raising awareness for hyperinsulinism and hypoglycemia.

Are there any memories from gigs, jams, and studio which you’d like to share? What was the best advice anyone ever gave you?

I think my favorite memory was Bo Diddley calling me on stage to jam with him when I was 16…it spawned a friendship with him that lasted until he passed away, and I’m so grateful for it! He gave me a lot of advice and encouragement…the best advice was to find my own sound: “Don’t sound like me, sound like YOU. Innovate, don’t imitate”. That was the beginning of my journey in becoming as artist.

I think I miss the original authenticity, to be honest…the Blues pioneers and Blues masters sang about their lives, and about their truth, which was so pure. I knew early on that even though I had a deep reverence for Blues, and was educated by some notable Blues masters, I didn’t live the life they did, nor could I ever sing about the topics they sang about. I knew I had to find my own truth, and sing about my experiences and from my perspective, while still honoring the music and passing it on to future generations.

I wish that talent + vision + originality = automatic success and millions of records sold. I know so many amazing musicians and artists who never make it, and yet there are many untalented and/or unoriginal artists that top the charts. It doesn’t seem fair.

What touched (emotionally) you from the Christmas’ spirit and songs? How does the Seasons affect your mood and inspiration?

I love that Christmas is all about togetherness, family, giving, etc. I feel like Christmas (in general) gives the world a much-needed jolt of positivity. Regarding the seasons, that’s a tough one, because here in South Texas where I live, we have basically one season: HOT. I mean, it occasionally gets cold in Winter, but not for long…it was 78 degrees last Christmas, and I remember 3 or 4 years ago it was 80 degrees! In fact, this very situation inspired me to write one of my Christmas songs, “Another South Texas Christmas” which is totally tongue-in-cheek, but a really fun song to perform live.

I mentioned this in an earlier question, but music (and especially LIVE music) is truly one of the only things that brings different people together. Over the years, I’ve had many small onstage moments that have made a huge impact in my life: watching black & white people synchronously bobbing their heads at a concert, watching an old guy fist-bump a young guy at a live show, watching poor folks jammin’ out next to rich folks…these may seem like small things, but they showed me the power of music, and made me sure that I was doing something meaningful in the world.

What is the impact of Blues on the socio-cultural implications? How do you want it to affect people?

First of all, I think that it’s important that people realize and understand the struggles and hardships Black Americans were going through when this music was first created, and how it literally influenced all American music to follow. Also, it’s important for musicians of my generation to educate the younger generations on this topic, and how important Blues is for our history. Now, even though times have changed, and the music has evolved and changed, I believe that at its core, Blues is about expression, and everybody has something to say or express… and when artists put their music out there into the world, they connect with people who feel the same things.

That’s a tough one! I think I would love to experience a day at Woodstock 1969… I think that festival was an amazing historical event for music, not just because there were so many amazing artists that performed there, but because of the peaceful gathering. That year produced some of my favorite music of all time. Let’s just pick a day that it didn’t rain! 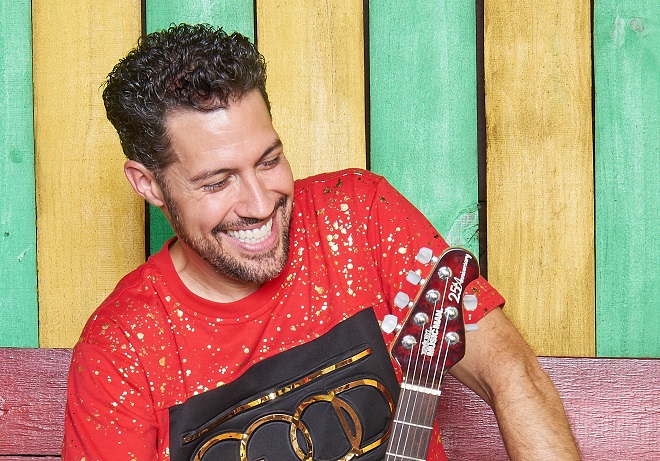 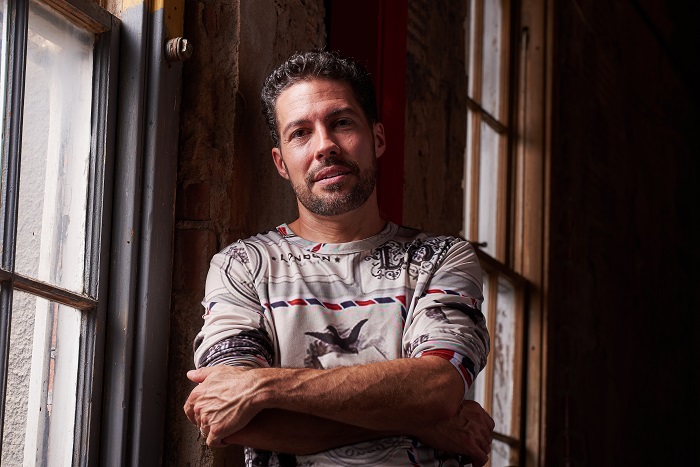