Interview with Skylar Rogers: Blues has given us an understanding of the past: Video, Photos

How has the Blues, Soul and Rock music influenced your views of the world and the journeys you’ve taken?

I tend to feel the vibes of music, as in the physical sound waves. It helps me understand that yes, the world sucks right now, but these genres in particular have taught us well that though times may be bad, we’ll get through, and brighter days are ahead. I’ve dealt with some of my darkest times with the help of music. It’s my therapy. I truly do believe that music survives the worst, and celebrates the best.

It took some experimentation for me to find my sound! I would describe it as complex as life itself. It’s a never back down, unafraid sound. Hard Headed Woman is an example of this: she knows it’s going to cost her everything, but she refuses to back down. All of my songs reflect something personal. You can’t sing any form of the blues if you haven’t had the blues. Even in future projects, I will still be drawing on personal experiences, even if they’re in the third person.

One of my favorite moments with my brothers (Blue Diamonds) was the final show before the shutdown, in Springfield, IL. I truly discovered who I was that day. You can see the difference in the pictures from previous shows, and look at the pictures from the Springfield show. Another time was when I was down from having a major surgery. I told the guys that I knew they had other obligations, so I told them if they wanted to go, I wouldn’t have blamed them. Every last one of them said they were with me no matter what. My eyes got sweaty from the onion cutting ninjas. We became more than just a band…we were a family.

I miss the originality. Sounds harsh, but while at the IBC in Memphis, I heard Bobby Rush say, ‘There’s nothing new anymore. It’s all been done before.’ There is so much truth in that. We are simply building on the foundation that the pioneers built for us. Sure, we can rearrange styles, combine genres, add different sounds, etc., but we will never be able to reinvent the wheel. One hope I have for the future is that our blended styles of blues become more acceptable. The genre lines are so blurred at this point, that you can’t hear a song and say, “that’s not blues.” I know there will be purists out there who will look on us with disdain, but if we all played the same thing, how boring would that be?

What would you say characterizes Chicago blues scene in comparison to other local US scenes and circuits?

The Chicago blues scene is all about keeping it simple, and in more intimate settings, one of the exceptions being the House Of Blues, of course. There’s something about that amped harp and guitar being right in your face, and the interaction with the audience that early Chicago blues artists were known for. It’s a party, and everyone was invited!

What does to be a female artist in a Man’s World as James Brown says? What is the status of women in music?

My mother was in a male dominated industry (commercial roofer). I worked in male dominated industries for years: military, truck driver, municipal bus driver, even security. There’s a very delicate balance of hanging with the boys and maintaining your identity as a woman. I watched my mom do it, and learned it from her. Women in music have had to maintain that same balance, and it’s even harder now more than ever: we basically have to fly to get to where a man can walk to. I am proud to say that we ladies are holding our own, and are definitely a force to be reckoned with!!

What is the impact of Blues on the civil & human rights, feminist, political and socio-cultural implications?

Wow, that’s a deep and slightly loaded question. Blues has given us an understanding of the past, which we can use to unite in the present. We truly need to listen to the voices of the past, and listen carefully. It gave the black man a way to voice his struggles that he otherwise would not have the chance to speak of so freely. Blues has shown us that the ladies have paid their dues and have earned the right to stand side by side with the fellas. They’ve done so since the times of Ma Rainey, Bessie Smith, and Gladys Bentley. Now we have Samantha Fish, Annika Chambers, Shemekia Copeland, and, well…lil ol me. Unfortunately, there is an undercurrent of tension between white and black blues artists. I was going to jam with a band on Beale, and was told I better know some black standards. I walked away, angry. What the heck was the difference between a black band and a white band? WHY was there a difference? I was listening to a show on Bluesville, and the dj classified the artist he’d just played as ‘one of the greatest of the white blues players.’ Disgusted, I changed the station. There will always be the debate of who the blues is for, who has the right to play it, and who shouldn’t. My take on it? BLUES IS FOR EVERYONE! Young, old, white, black, polka dotted. Acknowledge where the music came from, and respectfully play to that.

I’ve learned that this is NOT for the faint of heart!! You’re either all in, or you need to get out. Also, no matter what, you HAVE to be true to who you are. You can’t be afraid to do what you really want. You do it, and people either like it or they don’t. If they don’t oh well…it simply wasn’t for them. I’ve also learned to not take things personally. There’s no time to. You process, decide if it makes you better, great. If not, out the other ear it goes. This is your little company, and YOU are the CEO. You will make bad decisions, after all, you’re human. But you learn, and keep it moving, And lastly, NEVER get comfortable. EVER. Always reach for something higher.

Just one day? Let me sit and learn from 1990’s Tina Turner. She was the epitome of the overcomer. I would love to hear her talk about how she decided to do something no one would expect her to do: become the Queen of Rock and Roll. I’d love to know what her thought process was, if she immediately walk in her truth, or did it intimidate her? So many questions!!!!! If you ever see this, Queen Tina, let me pick you brain for a day! 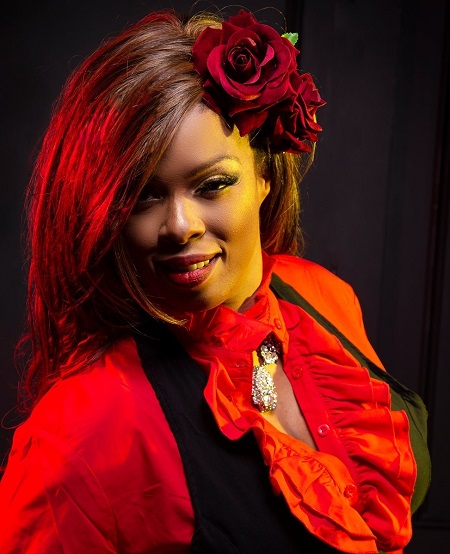 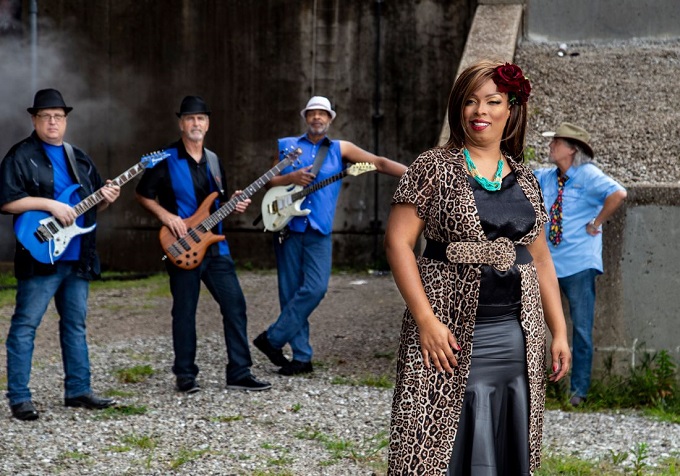