Interview with R. D. Olson: The blues as always been about expressing emotions and life’s circumstances: Video, Photos

What do you learn about yourself from the Blues people and culture? What does the blues mean to you?

When I was much younger I played with Luther Allison he taught me so much about the blues and while I was with Luther I met and spent time with BB King, Muddy Waters, John Lee Hooker and many others. The blues to me is a living form of communication handed down generation after generation. When your time comes you add your chapter.

What were the reasons that you started the Blues researches? How do you describe your songbook and sound?

My sound is a mix of new and old. I like to mix newer sounding styles with the old anything to keep this musical form alive. As far a research I hung with the men and women that made the music as much as I could.

How has the Blues and Rock n’ Roll culture influenced your views of the world and the journeys you’ve taken?

Music has shaped who I am as a person. I have used music as a platform to express my views, including political and spiritual views.

Where does your lyrics/music creative drive come from? How have you grown as an artist since you first started?

It seems that the songs just come to me. It often appears I am channeling. The art of writing is getting out of your own way, and letting the music flow to you. Over the years I have become more dedicated, and have treated my music as more of a craft, rather than a hobby.

Which acquaintances have been the most important experiences? What was the best advice anyone ever gave you?

I think Luther Allison was my biggest inspiration he taught me the most but also Mojo Buford and Chico Chism also helped me along the way. Keep this music alive and if that means creating sounds and rhythms that younger folks can identify with that’s what I’m doing now. The blues as always been about expressing emotions and life’s circumstances. I write about stuff going on in peoples lives in the here and now.”

What moment changed your life the most? What´s been the highlights in your life and career so far?

The birth of my children, and ending up raising them as a single parent, put a stall on my music career for over 15 years. Then my youngest daughter, Jade, at age 15 said “Didn’t you used to be a musician? Why don’t you go back to what you love?” So at age 58 I took her advice, and began performing live again at a venue called the “The Market Place Cafe” in the Village of Oak Creek- right outside of Sedona, Arizona. As far as my musical career highlights, I value the opportunity to have been band leader for Alligator recording artist, Long John Hunter, as well as Grammy winner Beverly ‘Guitar’ Watkins. I also played with Luther Allison, and had the pleasure of being on the same shows as the likes of BB King, Buddy Guy, Kenny Wayne Shepherd, and many others.

During my journey in the Blues world that I came up in, my mentors were kind and gracious in sharing their knowledge, and giving tips to those young musicians who were passionate in their love of the Blues. As an older musician now, I try to never forget those lessons I learned as a young man.

What do you miss most nowadays from the blues of past? What are your hopes and fears for the future of?

So many of the old bluesman really were great about giving advice to younger players like myself color was not an issue, keeping the blues alive was. My hope for the future of the blues is to hand it down to the next generation just like it was handed to me. Keep this music alive and if that means creating sounds and rhythms that younger folks can identify with that’s what I’m doing now. The blues as always been about expressing emotions and life’s circumstances. I write about stuff going on in peoples lives in the here and now.

I was playing an outdoor festival with Luther’s band in 1980 there he introduced me to Muddy Waters, I think I was about 25 years old. Later that day after we had played and Muddy had finished his set I was hanging around back stage with all of the great’s BB King was there Albert King and many others, I was in blues heaven!!

What is the Impact of Blues music and culture to the racial, political and socio-cultural implications?

Blues knows no color at least not with the people I know we never talk about black or white some of the things making news today are not even talked about in my circles. The music binds us together. 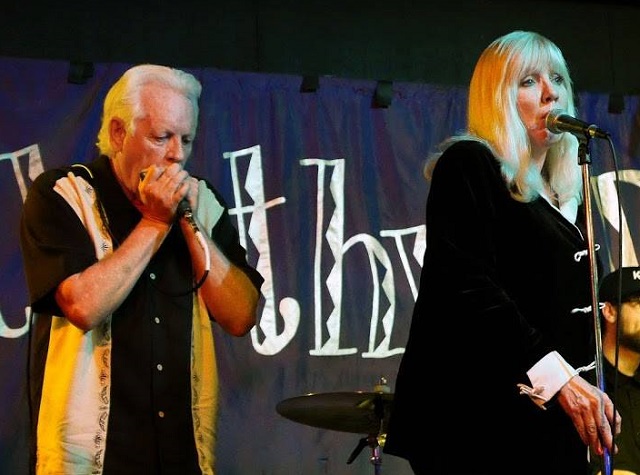 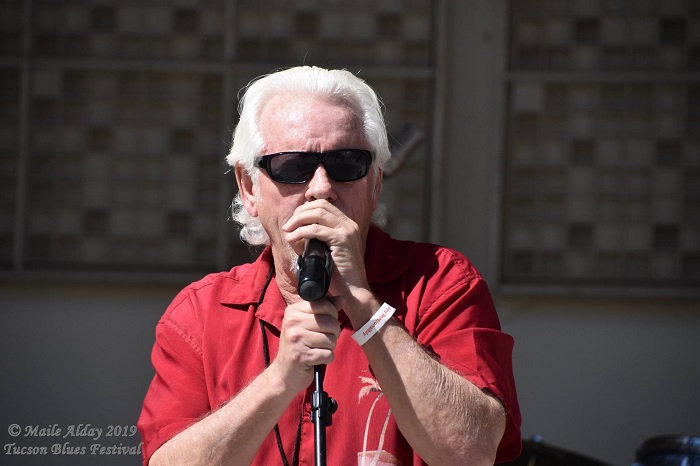