Interview with Chris Janssen: All activities in the Dutch or the European blues deserve a big compliment: Video, Photos

Ha ha…… nice question to start with. I was born in 1952 and in the early 1960s and the mid-1970s the counterculture started. For me at the age of 16 / 18, mid-1970s, the feel for the blues started. Absolutely the idea of freedom and do what you like to do. Not working in a factory for 40 hours a week for starvation wages. I played guitar every day and was looking for people to start a band with or to connect with a blues band. And yes, I started as a bass player when I was 19. I travelled a lot around Europe to look, feel and smell the culture elsewhere and had a nice vacation in Israel. It put me on the path of only doing what you have in mind. Feeling free and rock. Unfortunately, I have never been to New York and San Francisco, the hotbeds of early countercultural activity.

How do you describe the Sweet Bourbon sound and songbook? Where does the band’s creative drive come from?

The sound of Sweet Bourbon was created by the influences and experiences of the band’s musicians. Two experienced blues musicians, and the other musicians have their roots in funk, soul, country and even metal! Together we have musical chemistry and we have one target: making our own music. So, we mostly write and play our own songs. We hope that people like our songs and enjoy our music. Most of the time people and music critics label us as a Blues, Soul and Southern Rock band. The creativity comes from René, Willem and myself. But the band as a whole ultimately makes the sound.

If I speak for myself, I remember a support gig in Holland with my previous band. We opened for John Mayall and with the same band we played a festival with Canned Heat in Luxembourg. That was great because in the earlier years I bought a lot of records of them. But the most important concerts of Sweet Bourbon at the moment are Polderpop Festival Nijmegen NL, a concert in Baden-Baden Germany, Blues house in Troisdorf Germany, JJ’s Blues & Roots Festival organized by King Bee Music NL, Blues-Sphere Belgium, PAPA Joe’s Köln Germany… too much to mention!

What do you miss most nowadays from the music of the past? What are your hopes and fears for the future?

What I miss most nowadays is creating music. The collaboration of musicians and their instrument. And I hope that in the future the musicians and bands will get a much more respected position in the current ‘money grab’ music culture. And my fear, with regard to musicians, is that the music that is made will be more about making money, a goal in itself. But I hope that songs performed with passion can be enjoyed with feeling and emotion.

What would you say characterizes the Dutch blues scene in comparison to other European blues scenes and circuits?

First of all, I have to say that the energy of the people, organizations, managers, bookers, blues lovers and volunteers of all activities in the Dutch or the European blues deserve a big compliment. So much passion. GREAT. I have the idea that the Dutch blues scene in comparison to other European circuits pays too little attention to the semi-amateurs or amateurs. The established order focusses too much on the professional or semi-professional bands. There is a lot of catching up to do there, for example by means of a recruitment system within an international transparent collaboration. Target: Getting more young blues talent from the unknown or lesser known circuit.

Wonderful to think about this question. Not the first time! Try to make your dream a reality at an early stage. Give your passion plenty of room to realize your plan and look for the right musicians. And maintain the feeling that there is a constant development in your goal. Do what you do best. I started a bit late although I wanted to become a professional musician from the age of sixteen.

What is the impact of music on the socio-cultural implications? How do you want to affect people?

Music, blues or not, is art and culture. Some songs you have written give people a certain feeling and experience and with other songs you try to share the lyrics as well. You always have something to say. With my music I try to contribute to a free and carefree society. A musical ideology that is never finished. But most of all, let people enjoy our music!

When I think of some kind of ‘time machine’, I cannot escape the idea of ​​working together. I would like to work with international music and blues organizations to connect and improve to make it more effective. And personally, I would have self-written songs produced in the best studio in the USA and the same songs produced in the best studio in Germany. And then hear how differently they sound. Impossible to realize in one day. By the way, I don’t have the money for it… 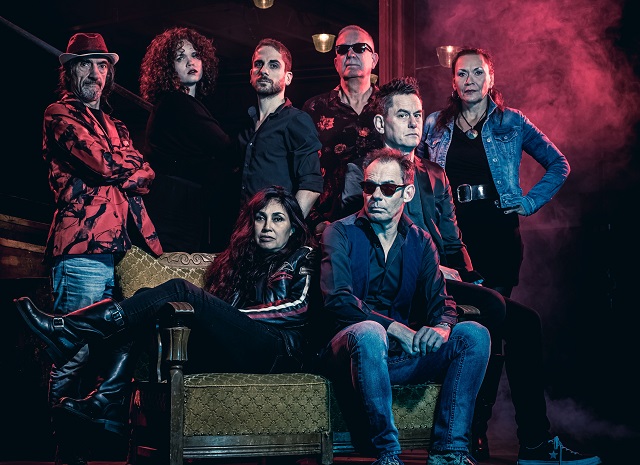 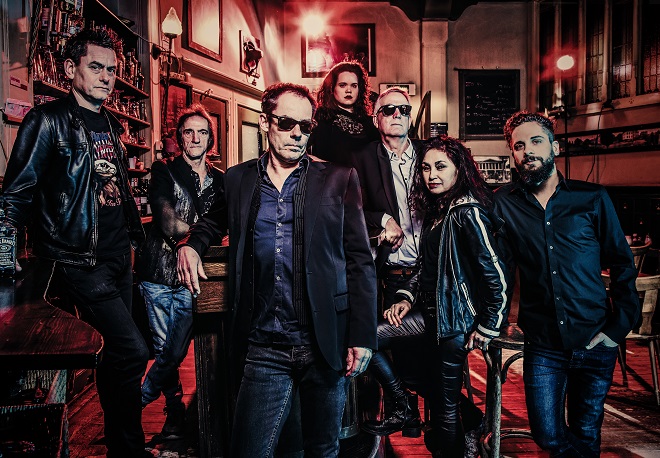