How has the Blues and Rock counterculture influenced your views of the world and the journeys you’ve taken?

As a musician the Blues rock counterculture to a degree is about suffering for your art and struggling grinding it out playing in an intimate club style setting, it’s an almost anti-success mindset. It puts you in environments where at times you are up and close with the fans and that’s made me connect with people in unique way, getting to really know their stories. It’s also driven career decisions, as it forces you to select which direction you take at the crossroads – stay with clubs (gritty close and personal) or go for a larger platform to deliver your music.

How do you describe your songbook and sound? Where does your creative drive come from?

I call it Alternative Blues/rock mixology: contemporary blues that blends melody and groove with elements of rock, pop, and jazz to expand the boundaries of the genre. My sound is a mixture of the diversity of influences I had musically growing up. As for songwriting, its honestly something I’ve done as long as I can remember and for me its not creative drive, writing songs is like breathing. I can’t live without it and I don’t think about it as I’ve just been able to do it. That said, emotions good and bad typically are a catalyst for my songwriting.

How do you think that you have grown as an artist since you first started making music? What has remained the same about your music-making process?

I think you can sum it up in a few things. Musically – You get better at your craft by the sheer exercise of repetition. You learn and develop the art of arranging and how instruments work together. You learn that more is not always better and that surrounding yourself with the best musicians really is the key to success. And lastly you develop the confidence to stick to your vision for your music and that’s a tough thing to do when everyone seemingly has a perspective. The process of writing a song really hasn’t changed for me since I was 12, you become inspired by something whether it be a lyric, a riff or a melody and then let that speak to you until you have a section, sketch or phrase. You have to listen to the universe for those moments. And from there the craft takes over, working a song until it feels right. I am not sure that will ever change for me.

How do you describe “Rising Up” sound and songbook? Do you have any interesting stories about the making of the new album From the Reach?

The sound on this album is the sound of a band that really worked cohesively and collaborated to do the best thing for the individual song. You combine that with a production approach that was designed to be powerful – I wanted the kick drum to hit you in the chest and the guitars to be rich and have texture with out being over produced. I am really proud of the sound achieved. The Songbook is a simple one, this album was written to be a straight ahead blues rocker but always with my penchant for melody. Combine that with an overall theme about being an underdog, overcoming obstacles and the strength of the human spirit and you have “Rising up”. I guess the most interesting story was keeping up with co-producer George Harris and his grueling work ethic, we really put in some long days. I thought I had energy this guy is off the map! He was masterful at coaxing our best performances out of us and contributing ideas. In our quest for the “perfect” guitar tone I played a 59 Les Paul and the Holy Grail of guitars an actual Fender Esquire… to me that was amazing.

Every song has it’s own unique message but overall I would want people to say that my music is “real” its about real life and real feelings and with a few exceptions there is something in each song that should connect with you. Besides the escapism that a good song can do for us, I want the songs to be part of their memories and be part of their life news reel in a good way expressing for them things that maybe they don’t know how to say but need to say… I think that is what I hope my songs can do for people.

Which acquaintances have been the most important experiences? What was the best advice anyone ever gave you?

I have an expression I live by which is “all I want are friends” so the list of people I have met that have ended up having an impact in my life is pretty long. Sometimes the most casual of acquaintances can be life changing and in music that has been very true. One of the best agents I’ve worked with was someone I bumped into at a festival. Best advice personally and musically has been “be yourself” which is so true. Being the best, you are better than trying to be something you are not…

What do you miss most nowadays from the blues of past? What are your hopes and fears for the future of?

Blues was the dangerous music of it’s time, provocative and sultry. Today it seems like people relate it to “old-timers” music. So, I kind of wish that edge was still associated with the blues. My hope for the blues is to keep making it accessible and continue re-inventing so it can remain a meaningful genre, as the expression goes – keep the blues alive.

At the risk of sounding like a capitalist, I guess it would be to change how streaming has negatively impacted the ability of great bands and songwriters to make a living without having to stay on the road constantly. It’s always been a tough business but no more than ever it is truly hard to make the economics always work.

What is the impact of Blues music and culture to the racial, political, and socio-cultural implications?

It’s roots are in black music 100% and so there are no racial divides in blues. NONE! I love that about music in general but specifically in blues. I think blues brings people of all backgrounds together as everyone can relate and honestly, I believe that it’s a very open accepting genre. I’ve seen where other traditionally rooted African-American music has remained in the black community where as in blues it’s become a wonderful blend of all people. As long as everyone never forgets to pay homage to those greats that started it for all of us, I think it breaks through the divides.

Wow so interesting a question so tough to answer. The typical answer is I would have liked to have been a musician in the 60’s but historically, I would’ve liked to visit the greatness of Rome or even Athens during their golden age. 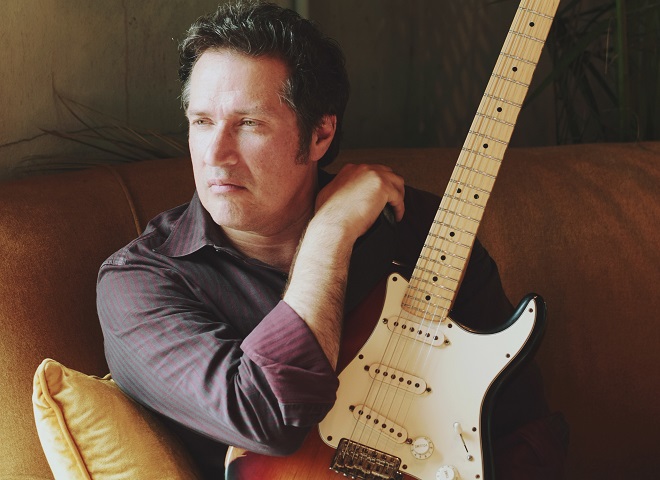 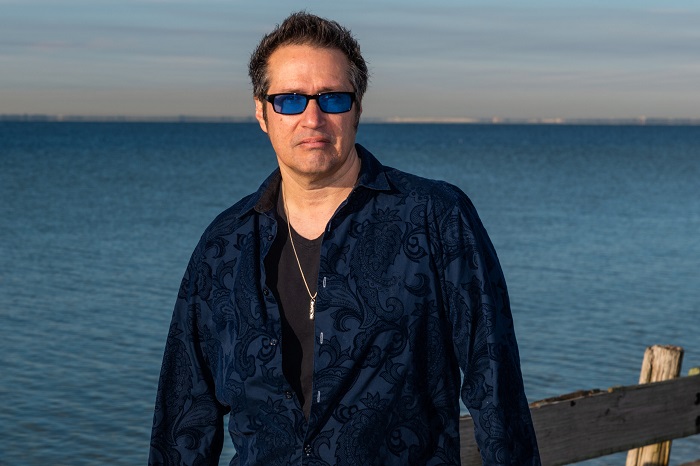