Interview with Chris Gill: Our music world would be cold without the Blues: Video, Photos

Interview with Mississippi blues artist Chris Gill, has been lighting up stages in the mid-South for over twenty years.

How has the Blues (and people of) influenced your views of the world and the journeys you’ve taken?

The Blues rearranged my molecules when I was about 17. I was raised on Santana, James Taylor and Willie Nelson. Around 1983 a friend turned me on to Duane Allman and Eric Clapton. I started seeing who wrote the songs they played and found out about Howlin Wolf, Muddy Waters, Robert Johnson … I was hooked! Any Fish Bites If You Got Good Bait! I saw that Etta James, Taj and Charles Brown were on a Blues Cruise one year and my wife was game, so the Blues Journey boarded in Jamaica and the Journey is still going Thanks to the Blues. Musically I have played on the Legendary Rhythm and Blues Cruise, Brazil, Canada, Virgin and British Islands so the Blues has definitely helped my journey in this life. Seeing how much the people all over the world love and appreciate the blues made we realize how Universal it is.

I would say my sound is a mix of acoustic Mississippi/Piedmont Blues and electric Chicago/Delta/Hill Country Blues. I was really moved by Elizabeth Cotton, Rev. Gary Davis, Mississippi John Hurt. I have always loved the island music, so it gets in to my sound too! Duane Allman, Muddy Waters, Jesse Ed Davis and Earl Hooker set me on my Slide Journey!! There was one song I played over and over trying to get them licks! It was Eric and Duane’s version of Mean Old World in open G. I had bought a metal resonator and I was determined to figure it out!!! Still trying to figure it out, too! Creatively my inspiration comes from old guitars. Nature seems to spark groove ideas for me. Sitting outside with an old guitar and the rhythms of Mother Nature are bound to send me some ideas! I truly feel Music Heals! I know firsthand. It was my therapy after getting t-boned by an 18 wheeler. My arm was not going to ever bend normally due to the metal that repaired it. I would use my guitar every day to try and straighten it out. It worked!

Which meetings have been the most important experiences? What was the best advice anyone ever gave you?

I had read a great newspaper article about Jack Owens in Bentonia. He was 91 at the time. One day I was passing Bentonia and decided to see if I could find him. Well, the third person I asked said “I’ll take you to Mr. Jacks, but you have to bring me back.” I said, “OK!” I took the fellow back to the Blue Front Café and went back to Jack’s. Mr. Jack was standing in his yard. He ended up playing me Bentonia Blues for a couple hours. A car pulled up and some people from France had brought Bud Spires to join in the fun!! Bud was Jack’s harmonica player for years. That was such an AMAZING day! I stayed friends with them until they passed on. They were both such positive beautiful souls, even though they had it hard! HogMouth was our drink that day!! Two bits of advice that have stuck with me musically are: DO What You Do Musically and To Learn, Go See AS Much Live Music As You Can.

I have had so many wonderful memories thanks to music from meeting and playing with Jack Owens to getting to play with some of my Blues mentors! One late night/early morning on the Legendary Rhythm and Blues Cruise we were doing some Raggae and all of a sudden Taj walked up to the Piano and laid down some killer piano rhythm! Playing in the Orpheum as a finalist at the IBC’s was pretty special! The Blues has filled my live with so many special memories! From playing and jammin’ to just hearing and feeling it.

The last year has been tough in so many ways for so many!! I sure miss the Festivals and Blues Get Together’s! Hopefully we have turned the corner to see and hear a bunch of Good Times again!! I miss seeing my Blues Heroes that have gone on like Albert, BB, Stevie, Dr. John …

What has touched (emotionally) you from the vintage guitars? What do you love most about the old school sound?

I have loved them old guitars since the first Dobro I bought! Years ago I found a really special Duolian in Memphis. It has so much of that old Delta Blues feel!! She’s kinda temperamental but sho’ sounds good! I like to think the love vibrations are there from the folks that played these magnificent time capsules before me. The vibe and tone of the old guitars is truly special! I will never tire of the rawness and in the moment trueness of the early Blues! One take, no digital tools, just the truth in the moment! I think that’s what moves me the most about the old school Blues.

What are some of the most important lessons you have learned from your experience in music paths?

I have learned and am still learning so much from music. Playing live I would say I’ve learned Listening is so very important! Playing with a band and hearing the other players and finding your lil’ spot is key. It is so easy to get caught in the moment and play, play, play!!!! Like Miles said, “Pray and Play, Play and Pray.” Don’t forget to breath and sing your notes. Taj Mahal told me one time when he hit about 65 he felt like he was finally understanding the Blues. I still got a ways to go, but I’m grateful to have this time to learn and share the music! Bud Spiers taught me, no matter what, life is a Joy! He was poor, didn’t have much, blind and always laughing! I asked Pinetop Perkins on his 90 – something birthday what has helped him in his life the most. He looked far ahead, raised his hand up just above the horizon and said – the Lord.

What is the impact of Blues on the socio-cultural implications? How do you want to affect people?

“The Blues had a baby and they named it Rock and Roll.” – Muddy Waters
“Blues is the roots, everything else is the fruits” – Willie Dixon
Our music world would be cold without the Blues. I hope people feel joy, love and my respect of the Blues in my music.

I would love to go back in time and pick up my Mother and go to a Festival where I was opening for Mississippi John Hurt, Howlin Wolf, Skip James, Earl Hooker, Duane Allman, Elizabeth Cotton, Muddy Waters, Taj Mahal, Doc Watson, Willie Nelson, Stevie Ray, Jack Owens, Bud Spiers and Jimmy Reed!!! It would be so great to see and be with Mom again and I would so love to just hang out with the Old School Blues People! Maybe have a little nip of Hog Mouth and learn a lick or two! I guess a time machine makes it where anybody can be from any time, at that time. Any good day in the 50’s at Chess records when the Masters were layin’ it down would be great, too!! 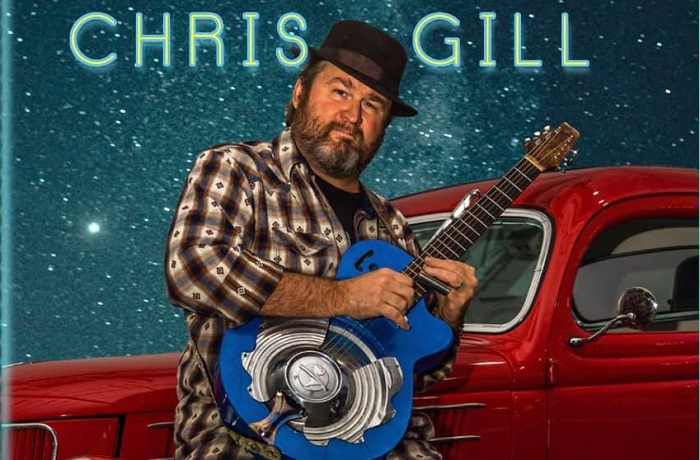 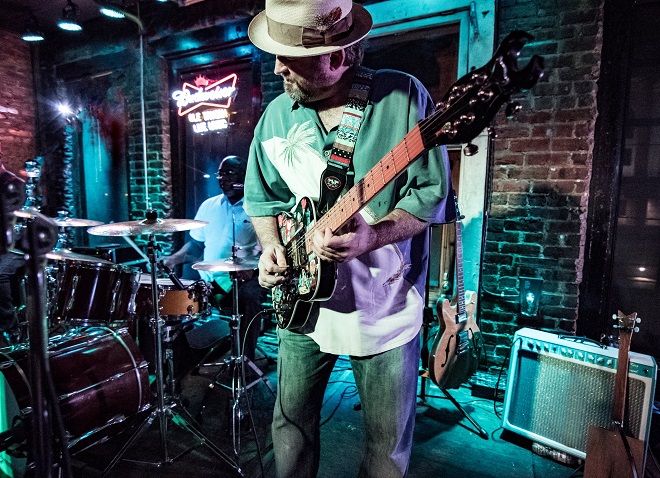