Interview with Mike MacDonald & Tyler Pantlin: The acoustic has a lot of dynamic to it: Video, Photos

Interview with Macon, Georgia-based guitarist Hughes Taylor, puts his own spin on modern Blues with echoes of Hendrix, SRV, and southern rock.

The beautiful thing about the blues is that everybody has them. Even if you aren’t a fan of the music genre, feeling blue is a universal experience. I suppose the biggest takeaway from blues culture is how important it is to stay true to myself. I try not to let anyone else’s opinions have too much influence on my own music. Obviously, it is important to listen, because everybody has something to offer, but you should never compromise your beliefs. It is also vitally important that I put my heart into the work I do.

I think my sound is hard to narrow down into just a few words, since there’s always a good bit of variation on each album. But I guess the first thing that comes to mind is “bluesy.” In everything that I play, from the harder dirty rock to the softer ballad-type songs like “Promise” and “Dreamily,” there are always elements of blues. I also think the overall sound of my music could be described as soulful and nostalgic, but it is still definitely unique to me. Music, and especially blues, is an expression of feeling, and each person feels something unique. And I think that is a beautiful thing. No one can replicate what it is that I am feeling. The songs I write all come from an honest place, and when I am playing, I put all of my soul into each note. I’m not exactly sure where my creative drive originates from; ever since I was a kid, I was always persistent about writing my own music, and I have always felt a deep connection with the blues. I do know that since we first met, my wife, Evie, has been my inspiration for so much of my music.

What touched you from the legendary Capricorn Studios in Macon, GA? Do you have any stories about the making of the new album?

Capricorn was an unbelievable experience, a dream come true. Just walking into that room where so much of the music I grew up on was created was almost too much. There was certainly a big difference from when we first went into the studio to record “Trouble” in December of 2019, to when we recorded the rest of the album in January of 2021. Those first days entering the studio were a dream. Just thinking, “We are now a part of Capricorn history” had me reeling. The Hughes Taylor Band recorded the first single at Capricorn Sound Studios since before the “Capricorn Revival.” We were the guinea pigs that helped break the studio in before it officially reopened in January of 2020, and it was an experience I will never forget. It’s hard not to be overzealous, but the amount of history and music that those walls have heard over the years was almost overwhelming.

When we came back in January of 2021, the experience was a bit different. I had to keep reminding myself we were here for a reason and had work to do. By this time, the studio was in full operation. Where “Trouble” took us three days to record, this time we were able to record 11 songs in three days. And I felt so at-home there. Everything about being in the studio just felt so natural to me.

What do you miss most nowadays from the music of the past? What are your hopes and fears for the future of?

I think the thing I miss most about music is the spontaneity and overall “live” feel that older music has. There is just something magical about going into the studio and recording the song as a band in a single take. Everything is live right then and there. Obviously, there are always great exceptions, but over the years music has felt less pure and more overproduced. (Not that there’s anything wrong with a well-produced, meticulously crafted piece of music.) That is why I am so grateful that bands like The Black Keys (at least before “El Camino”), Jack White, The Sheepdogs, and several others are becoming more mainstream. I think that raw sound and older way of recording is becoming popular again and I’m 100% for it.

There are so many I wish I could share. I will never forget the first time I improvised a guitar solo. I was fourteen years old and B. Keith Williams invited me to play Stormy Monday. Keith looked at me during the middle of the song and told me to just go for it. It was the first time I had ever experienced crafting my own improvised solo and it opened a whole new world for me.

Then there was the time I got to meet Ken Hensley of Uriah Heep. He was such an inspiration. I was running sound for him at a private event he was hired to play, and I actually got to drive him to and from his hotel. We talked about music, life, and God, and he was just such an amazing human being. I came home and wrote a song that very night. We kept in touch via email until his untimely death last year.

Of course, our UK tour opening for Heather Findlay in January of 2020 was another unbelievable experience that I will never forget. We had such an awesome time, playing so many unique venues. One of the most memorable gigs was actually not even scheduled. We were invited by Heather’s bassist Stu to play a short set during his band, The Mothers’, gig at this really cool pub in York called the Old White Swan. It was jammed packed full of people and the crowd was just so electric. Never have I experienced an audience like music lovers in the UK and I can’t wait to go back.

The first time I performed after quarantine, I had a spiritual experience. It hit me hard that performing music for people is what I was put on this Earth to do. So every gig is even more precious to me now. I am so grateful for every opportunity to perform.

Every opportunity to connect with people through music is precious, and it’s important to appreciate those moments. I also feel it is important to put in my best effort every time I am able to play. Especially when it comes to blues music, you have to put every part of your soul into each note. Of course, there are going to be times that your performance just isn’t quite there, but you should always walk away from the gig with the feeling that you put in your best effort. Even if I only connected with just one single person, I know I’ve done my job well.

What is the impact of music on the socio-cultural implications? How do you want to affect people?

Music has the ability to connect people, to change moods, and elicit all sorts of emotions. I’ve never wanted to be famous, or win awards, or anything like that. For me, I’ve only ever wanted to express myself through my music, and to connect and inspire people in the same way that my heroes and influences connected with and inspired me with their music. That’s all I can hope for: that my music reaches people and makes them feel.

What would you say characterizes the Georgia blues/rock scene in comparison to other local US scenes?

I don’t know that I have noticed a huge difference in the Georgia scene compared to other states, as far as the musicians are concerned. The blues is the blues. I suppose the jams that I have been a part of have generally gone on longer, especially in Macon and in Athens. Unfortunately, I haven’t had the privilege of spending a lot of time outside of the Georgia blues scene, but I fully intend to in the near future.

I have always wanted to meet my hero, Stevie Ray Vaughan. One of my all time favorite performances was Live at the El Mocambo, and that would be really cool to witness, but I would also love to have a conversation with him in his last years when he was fully sober. His music and message has always hit me in the perfect way and it would be incredible to talk with him and tell him how powerful of an influence he is on multiple generations of guitar players. 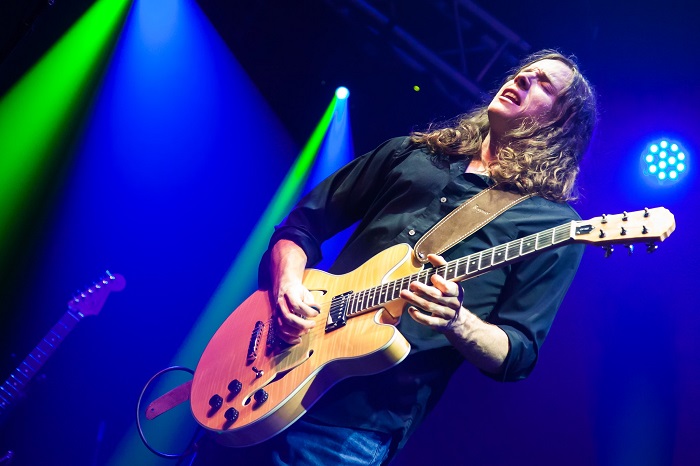 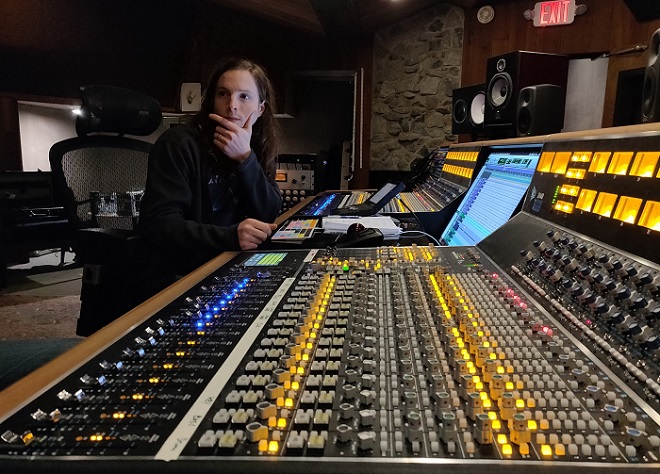 I regard singing pretty much like acting. Each song is like playing a different role. I get very involved with my material. I feel a responsibility for the emotion it brings out in the listener.