Interview with Cuban-Mexican-Canadian musician Ramon Taranco, runs the gamut from Blues to Afro-Cuban and NOLA music

How do you describe your sound, music philosophy and songbook?  Where does your creative drive come from?

All types of music require hard work and discipline to play. I try to work on my music 4 to 8 hours a day. Hendrix and Coltrane practiced 8 per day. When a young Muddy Waters heard Robert Johnson for the first time playing on a street corner, he was stunned and devastated. He thought he was good, but he realized he had to do more work to play like a Robert Johnson. Hendrix had the same effect on Clapton, Townsend, Beck, and Page. So, I believe as musicians we have a duty to work, practice, play, jam, whatever… the work has to be put in. For the rest of your life, you have to maintain your musical edge. So, being a musician isn’t just about having a dream, a passion or a goal. You have to BE a musician.

When I first started playing guitar, after a year or two, I formed a band with a friend and instantly for some reason, I started writing lyrics and music. I became the band’s songwriter and I’ve never stopped. I have no set pattern for how I write songs. My songs are usually based on real incidents and people. This is the beauty of Blues and Jazz. It’s all about your individual musical journey. My music runs the gamut from Afro-Cuban Jazz & Blues to Southern Rock & New Orleans Funk. My 3 albums are: Music From the Bermuda Triangle (1992), The Adventures of Bo Segovia (2007) & Cuban Blues Man (2019).

Which meetings have been the most important experiences for you?  What was the best advice anyone gave you?

Through the years, I have received lots of advice and had many learning experiences. However, my main mentor was Canadian bluesman Mendelson Joe – most notably known for the iconic ‘69 blues album, “Stink.” Joe taught me that jamming blues and jazz was about consideration and support – not just about soloing. He taught me professionalism, punctuality, promotion, presentation and how to work hard. Joe advised me on contracts, touring, and getting paid ‘cash, certified check or money order.’ Mendelson gave me the opportunity to open for him at Toronto’s legendary blues and folk club, “The Riverboat” and many other gigs and venues. My first recording experience was supported and funded by Joe through the donation of his paintings.

Another musician I owe a lot to is Grammy and Juno award-winner, Ben Mink who gave me advice on how to be a good band leader and how to be efficient in a recording studio. Musician/songwriter Mike Anichini gave me positive feedback and support on my most recent recording, “Cuban Blues Man.” I have learned a lot from Ruben Vazquez, Brian Gagnon and many other talented and skilled musicians who have played on my recordings and gigs. My high school music teachers, Mr. Parsons and Mr. Hughes got me started on my path to becoming a professional musician.

Are there any memories from gigs, jams, open acts and studio sessions, which you would like to share with us?

In New York, I played live blues solo and with blues harpist/vocalist Jasper McGruder on The Gut Bucket Blues Radio Show (WBAI, Manhattan); gave 8 performances with my trio for the Guggenheim Museum’s Worldbeat Jazz Series; did an acoustic blues concert with Jasper McGruder on Martin Luther King Jr’s birthday at the Newark Public Library; gave a solo concert (solo blues, jazz, latin and classical guitar) at The Bronx Museum of the Arts for African Heritage Day (the audience was comprised totally of West Africans dressed in their traditional clothing and African Americans); played the music of New Orleans with my trio at “Visions” in Manhattan for an audience comprised of mostly blind people – a great privilege to play for people who REALLY listen; played guitar on stage for Liz Swados’ opera, Missionaries; played across the street from Julliard School of Music and Lincoln Centre at the Mozart Cafe for several months and got chastised by a Julliard instructor for playing blues mixed in with my classical repertoire. I told him, “Bach would have loved the Blues.”

What do you miss nowadays from the music of the past?  What are your hopes and fears for the future?

For me, what I miss are natural vocals and real drums. I am basically into predominantly what I call “organic music.” Over use of auto-tuner and drum machines creates what I call a “flatline” sound which eliminates much of the dynamics and edge of the music. Before auto tuner, when you heard a voice (even with reverb added), it was that singers real voice. As far as the future goes, I hope that new young musicians develop a strong work ethic and produce and have a more natural or organic approach to their new music. I mostly worry about the plight of the average full time musician who needs to work regularly and get paid properly. Remember: “Live Music is Best”.

How has Blues and Jazz music influenced your views on the world?

Blues and Jazz are very honest and direct musical forms. As Keith Richards once said, “Blues is a poke in the eye with a sharp stick.” Sincere and honest Blues and Jazz music won’t lie or mince words. As a working bluesman you try to face life and music with a “sharp stick” and see the world through a prism of your truth because Blues and Jazz are about musical and social individuality.

Are there any similarities between the blues and the genres of Cuban folk music and traditional forms?

Both African-American Blues and Afro-Cuban music are connected as both music’s have West Africa as their musical source. The culture travelled with the slaves from these regions.to the America’s. Most of the slaves that went to the USA were from the Sub-Sahara region (Mali, The Gambia, Sierra Leone) while Cuba received slaves from Central West Africa (Nigeria) and mainly Yoruba tribe. But the music from these areas were greatly affected by British slave laws and Spanish slave laws. The British strictly forbade all traditional African instruments and music.  The Spanish, on the other hand, did not impose these rules and allowed the slaves to keep and use all their traditional instruments and music. As a result, Afro-Cuban music is deeply connected to its West African roots. Due to British slave laws, the West African connection in African-American musical forms like blues had to be hidden – camouflaged. The West African connection can be heard in JB Lenoir’s approach using African rhythms and percussion or the song “Bo Diddley” with its African clave rhythm or Professor Longhair with his use of Cuban Rhumba rhythms or Billy Boy Arnolds’ “I Wish You Would.”  In West Africa, they were called “Joliba” – in America, Bluesmen.

What are the important lessons you have learned from your experiences in your musical journey?

NEVER GIVE UP!!! And, as Quincy Jones once said, “It’s the duty of all musicians to create music that can’t be categorized.”

How do you want to affect people? 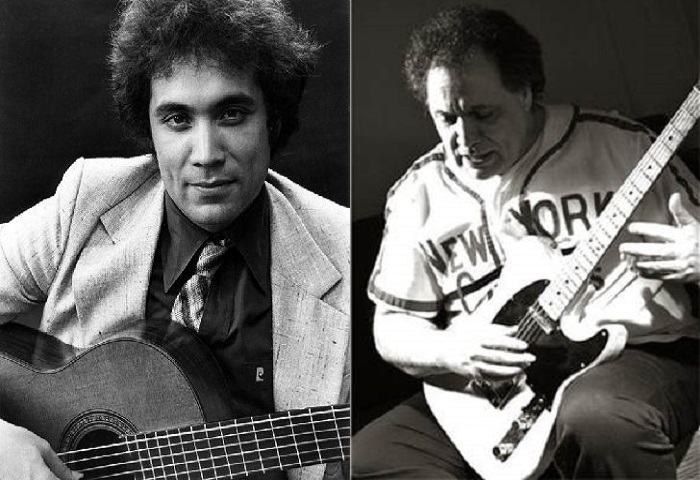 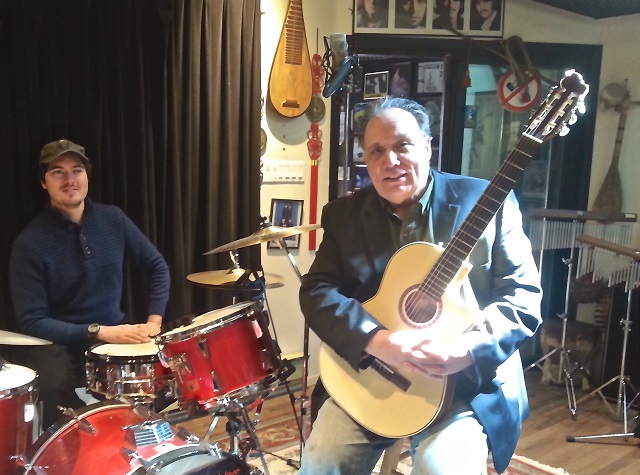