The first posthumous album by Chick Corea — Live, a 2018 concert recording with John Patitucci and Dave Weckl — provides a fresh opportunity to reconsider the precision and cohesion forged by the group he called the Akoustic Band.

From the late 1980s into the ‘90s, this ensemble enjoyed a popular success that largely stood in contrast to its critical reception. With Corea on piano, Patitucci on bass and Weckl on drums, the trio tackled both original tunes and jazz standards with the same intricate intensity that they’d brought to their work in a fusion context, as part of the Elektric Band.

For some listeners, accustomed to a more breathy and balanced approach to the piano trio, it was something short of a winning formula. No less venerable a jazz critic than Leonard Feather, reviewing the album Alive in 1991, sniffed that “less theatricality and more pianistic virtuosity” would have elevated the music. But our own Nate Chinen caught the Akoustic Band on that tour, finding its blazing approach to be the perfect segue from hard rock to balladry and bop. (Nate saw the trio again in reunited form, at the 2018 Detroit Jazz Festival, and marveled at how much its rapport had deepened.)

So in this episode of Jazz United, Nate and Greg talk about their initial impressions of the Akoustic Band, how those feelings evolved over time, and what it means to experience the group anew all these years later. We’ll also hear part of a conversation between Nate and John Patitucci, who pulls the curtain back a bit, remembering Corea’s generosity as a mentor.

And we’ll get into what makes Live a triumph — not only as a poignant reminder of what we lost when Corea passed this year, but also as a valuable addition to his trio discography. Decades older now, Corea, Patitucci and Weckl reveal a new approach to timbre, space, and language, even as they rekindle a musical camaraderie whose core remained unchanged for 30 years. 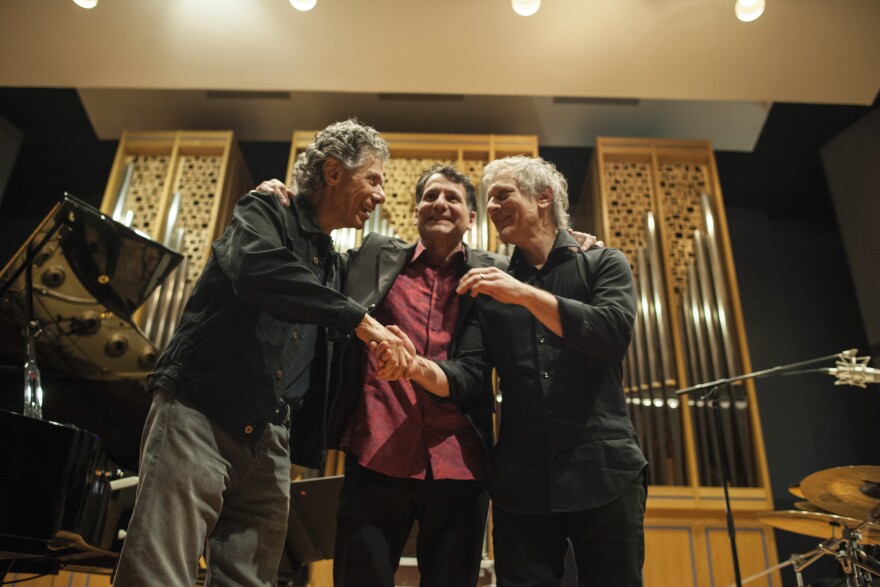