In this new recording by Scott Hamilton for the Castellón label Blau Records, he is once again accompanied by Dena DeRose on piano, Ignasi González on double bass and Jo Kraus on drums.

The songs have a natural, fresh, authentic and creative atmosphere with the musicians playing simultaneously as in a live concert, and all coinciding in the twists of tone, style, form and improvisation. Hamilton often discovers and recreates little-known and even forgotten songs, such as the one that gives the title to this new album “Two for the Road”. One of the characteristic features of his style is his ability to recall legendary tenor saxophonists with his own unadulterated natural sound and phrasing; their reinterpretation nails them.

‘Diane’ is the first track, a relaxed, tempered swing, with the quartet playing improvisational twists, including the “eight-bar” double bass and the “four” drums. Then Henry Mancini’s ‘Two for the Road’, a beautiful, quiet and melancholy ballad from Stanley Dan’s film. ‘Comin’ in Home ’, a song with dixieland or even ragtime nuances and‘ On a Clear Day ’, a half tempo swing as clear as its title. ‘Somewhere in the Night’, an animated song with Latin airs, in which percussion takes center stage. It continues with ‘Haunted Heart’, a sensational ballad by Schwartz and Dietz from 1948. Then we have a sudden change of tempo with ‘Race Point’, by Hamilton himself, a fast blues. Closing this magnificent recording is ‘Fly me to the moon’, the well-known song performed by a multitude of artists. 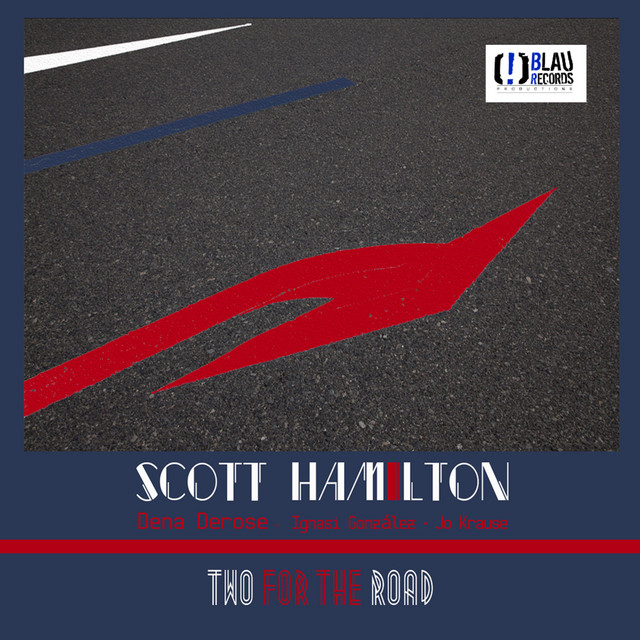