Jon Batiste, Terence Blanchard, Tony Bennett and the late Chick Corea are among the jazz artists with multiple nominations at the 64th annual Grammy Awards, which will be broadcast by CBS on Jan. 31, 2022.

Batiste, who now operates outside the standard jazz orbit, scored the most nominations of any recording artist this year — a total of 11 nods, including a few of the biggest: Album of the Year, for We Are, which is also in the running for Best R&B Album; and Record of the Year, for “Freedom,” which is also up for Best Music Video.

Batiste’s other nominations spread across several genre fiefdoms: R&B, American Roots Music, Music for Visual Media, even Classical. His entry for Best Instrumental Jazz Album is actually a soundtrack of sorts: Jazz Selections: Music From And Inspired By Soul. That album also yielded a nomination for Best Improvised Jazz Solo, for Batiste’s piano choruses on a waltz titled “Bigger Than Us.”

Corea, a perennial favorite at the Grammys, is also nominated for his posthumous album Live, featuring a reunited Chick Corea Akoustic Band. (For more about that, revisit this conversation on Jazz United.) Blanchard is also up for Best Jazz Instrumental Album, alongside another Grammy overdog, guitarist and composer Pat Metheny, for Side-Eye NYC (V1.IV). Rounding out the category is Skyline, by pianist Gonzalo Rubalcaba, bassist Ron Carter and drummer Jack DeJohnette.

The Best Latin Jazz Album category includes yet another appearance by Corea, as a featured guest on Mirror Mirror, by his fellow pianist Eliane Elias. (WBGO recently welcomed Elias to the Yamaha Piano Salon for a related tribute.) The other contenders for the Latin Jazz prize, a uniformly strong bunch, are bassist Carlos Henriquez, for The South Bronx Story; pianist Arturo O’Farrill & The Afro Latin Jazz Orchestra, for Virtual Birdland; drummer Dafnis Prieto and his sextet, for Transparency; and alto saxophonist Miguel Zenón with pianist Luis Perdomo, for El Arte Del Bolero.

Best Large Jazz Ensemble Album, perhaps the most surprising jazz category this year, includes a mix of familiar faces and fresh outliers. The Count Basie Orchestra fits the former category, as does the Christian McBride Big Band. The Yellowjackets and the WDR Big Band, nominated together for Jackets XL, have several previous Grammy wins between them. But to my knowledge, the Sun Ra Arkestra — now led by the indefatigable Marshall Allen — never received a nomination before this one, for Swirling. And Dear Love is a first in the category for Jazzmeia Horn and Her Noble Force.

Curiously, Horn isn’t also in the running for Best Jazz Vocal Album, for which she has been nominated twice in the past. Instead, the category belongs to last year’s winner, Kurt Elling, for his part in SuperBlue (the subject of another episode of Jazz United); The Baylor Project, for Generations (recently featured on The Pulse); Nnenna Freelon, for Time Traveler; Gretchen Parlato, for Flor; and former Best New Artist at the Grammys, Esperanza Spalding, for Songwrights Apothecary Lab.

The Composition field also includes a few improvising artists. Harpist Brandee Younger is up for Best Instrumental Composition, with “Beautiful is Black.” Among her competition: O’Farrill, for “Dreaming in Lions,” and the late keyboardist Lyle Mays, for “Eberhard.”

As for Tony Bennett, who retired this year, he’s a sentimental favorite with Love For Sale, his Cole Porter tribute and latest heartfelt collaboration with Lady Gaga. In addition to Best Traditional Pop Vocal Album and Best Pop Duo/Group Performance, it has put Bennett and Gaga in contention for Best Music Video, Best Engineered Album, Non-Classical, and the two big prizes: Record of the Year and Album of the Year. 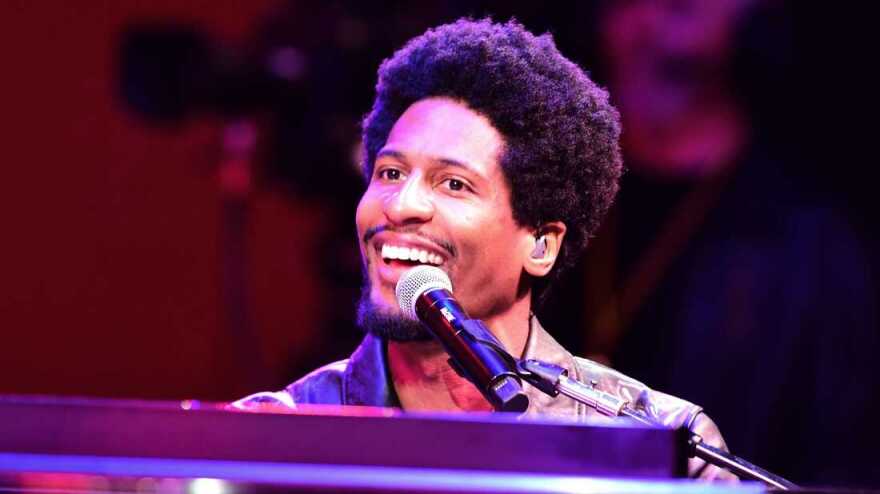